Thank you for taking the time to speak with us. 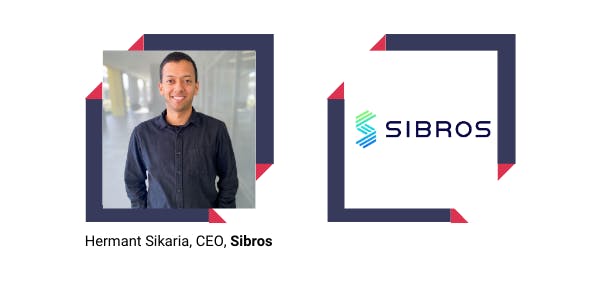 expand_lessWhat do you consider to be your most proud moment of your career to date?

Founding Sibros and watching it grow, facing everyday challenges and rewards that a startup
brings is the career achievement I am most proud of. Both my father and brother have been
entrepreneurs all their life and have always inspired me to become one. Sibros has experienced
exponential growth, expanding from just one tiny office to multiple offices globally in less than
two years, raising over $15 million in venture funding, working with top automotive experts and
advisors, and signing up new connected vehicle customers at a rapid pace. The future looks
bright, as we continue to add more incredible team members and customers, and we look
forward to increasing our impact on the entire automotive industry across the world. I am
thankful to see it all made possible by the hard work and passion of the entire Sibros team and I
am truly excited to see what the future holds for Sibros.

expand_moreWhat would be your no.1 piece of advice for automotive tech newcomers, just starting their career?
expand_moreHow does it feel to be shortlisted for a TU-Automotive Award?

Hemant Sikaria is CEO and Co-founder of Sibros, a Silicon Valley-based Connected Vehicle platform company. Hemant was an early engineer at Tesla where he helped build its well known OTA and software management systems, later serving as technical lead for Tesla’s Body and Chassis Firmware division. After Tesla, Hemant co-founded Sibros with the mission to connect and manage all software and data between vehicles, networks and the cloud to help OEMs deliver safety and security improvements as well as and new feature upgrades remotely and at scale. Under his direction, Sibros is marrying the intricacies of embedded firmware development and cloud software development. This has led to the creation of a secure end-to-end platform that has scaled to serve millions of vehicles with daily log data collection on the petabyte scale. Hemant plays a pivotal role in building a world class team, setting the gold standard for software quality, and ensuring 110% happiness for both his team and his customers. Hemant earned his Bachelor and Master degrees with honors in Electrical and Computer Engineering from Carnegie Mellon University and resides in the Bay Area with his wife and daughter.