INTERVIEW WITH STRADVISION, SHORTLISTED FOR AUTOMOTIVE AI PRODUCT/SERVICE OF THE YEAR

Thank you Dean Kim for taking the time to answer our questions. 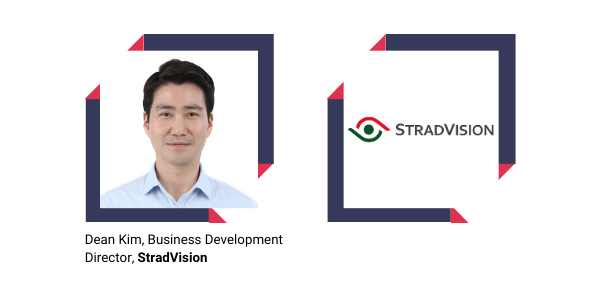 expand_lessWhy enter this product/service into the AI category at the TU-Automotive Awards?

We applied to the Automotive AI Product/Service of the Year category to highlight StradVision's record of making the road safer by deploying millions of ADAS & Autonomous Vehicles on the road with cutting edge embedded perception AI, SVNet.

expand_moreHow does it feel to be shortlisted for a TU-Automotive Award?

StradVision is a South Korean startup established in 2014. It was founded by engineers with extensive experience deploying embedded perception AI on the smartphone. StradVision's initial market was the smart glasses market but due to quite a bit of controversy regarding privacy, a quick pivot was made to ADAS & Autonomous Vehicles market. The founders already have done numerous mass production projects and always knew that the future of the industry is a small, lean, and light algorithm that fits into economic hardware with numerous restrictions.

That's why deep learning-based embedded perception algorithm, SVNet was developed from scratch to provide automakers with the maximum flexibility when it comes to hardware selection (it is hardware agnostic) and software deployment (it is one of the smallest perception software on the planet).

Based on these capabilities, StradVision landed multiple production projects and has been invested by key industry leaders such as Hyundai Motor Company, Hyundai Mobis, LG Electronics, and much more.

StradVision is headquartered in South Korea with a presence in the US, Germany, Japan, China, and India.

StradVision develops mass production focused camera perception AI software, SVNet, for ADAS and Autonomous Vehicles (AV). With 9 million vehicles from SAE levels 2 to 4 already in production in Germany and China, SVNet is on its way to make autonomy ubiquitous around the world.

SVNet was originally built for smart glasses and consequently, its success comes from its size, flexibility, and power – it is one of the smallest and hardware agnostic deep learning-based perception networks in the market that packs enough punch to enable budget automotive-grade hardware to power robust ADAS & AV functions.

SVNet’s advantage is how it provides a whole ecosystem to the automaker. On top of SVNet’s advantages, automakers acquire the capability to fully automate data labeling and annotation work, as well as to train SVNet internally for their desired goals. This autonomy enables full technical and business customization that makes ADAS & AV deployment technically and economically realistic.

Furthermore, with safety and compliance as a top priority, SVNet is compliant with various public and private standards such as Automotive SPICE CL2 and Guobiao (GB) certificates.